The Glorious Qur`an repeatedly highlights the importance of acquiring knowledge and an education. The first command of the Quran was to “Read in the name of you Lord Who created; He created man from a clot. Read and your Lord is most Honourable, Who taught to write with the pen, taught man what he did not know””. The same command is reiterated later on, “and say: My Lord, increase me in my knowledge” and that “whoever is given knowledge is given indeed abundant wealth”. The Qur`an exhorts mankind to ponder and reflect upon the creation of Allah and natural phenomena including the creation of the skies and the earth, alternation of the night and day, seasonal changes, ships sailing on the seas, the rain falling from the clouds, the rising and setting of the sun, the flowing springs and valleys, the clouds, wind, moon vineyards, orchids, animals and so forth. The human being has been endowed with unique faculties and the ability to reason and learn about the world around us and what it contains. This is, in fact, kindness and the immense favour of Allah upon the humans. The Almighty granted Adam (AS), the first man ever, the power to name and know the natures of all things. The Quran states, “He (The Almighty) taught Adam all the names of everything.” The reason for the creation of Adam (AS) and humans was for them to quench the insatiable love of and need for knowledge that was implanted within them. The capacity to learn is human`s noblest quality. Prophet Adam`s knowledge included religious knowledge, as well as the “worldly” knowledge he would require to occupy and master the earth. Imam al-Ghazali states, “Great indeed is the crime against religion committed by anyone who supposes that Islam is to be championed by the denial of mathematical sciences.”

The Prophet (peace and salutations be upon him) said, ““The wise saying is the lost property of the believer, so wherever he finds it then he has a right to it.” [At-Tirmidhi]. The Prophet (PBUH) also exhorted the believers to learn and excel in medicine. He said, ““There is no disease that God has sent down except that He also has sent down its treatment”. A tent was pitched in the yard of the Prophetic mosque in Medina and a female-companion called Rufaida al-Aslamia was appointed to run it to train other women to be nurses, use it as a field hospital, nurse the wounded and care for children, orphans, handicapped, poor and homeless newcomers. [Tarikh at-Tabari] Rufaida (RA) is also recognised by many as the first ever nurse in the history of medicine.

While we know that radios and telephones are invented by non-Muslims, we may not know that Muslims were the first to evolve some of our most common mathematical formulae including algebra and trigonometry and to measure the radius of the earth. Muhammad ibn Musa al-Khwarizmi was the first to use symbols and to classify numbers in natural categories. While we know that zoology and botany was developed by non-Muslims, we may not know that agricultural technologies, artificial insemination of animals and grafting of fruit-bearing plants were introduced by Muslims several centuries ago. The Arab Muslims had invented the pendulum and authored books on optics, developed the discipline of astronomy, invented astronomical equipment and established several observatories. Similarly, in the 12th century, Al-Jazari invented and designed several automatic machines including clocks, automatic hand-washing systems and also robots (which made sounds) powered by water. Since the 11th century, windmills were used in Persia to pump water for irrigation. The educational movement reached its zenith during the Abbasid period under the patronage of the caliphs, especially during the reign of Harun al-Rashid. There were 400,000 books in Cordoba library, three million in Tripoli library (Lebanon) and two million in Bayt al-Hikmah (Cairo). There were hundreds of scribes in Baghdad alone. During Tughlaq`s rule, there were almost 1000 educational institutions in Delhi alone. In 1168 C.E. in Baghdad, there were at least 60 well-organized medical institutions with magnificent buildings, libraries with rare scientific books and luxurious facilities. In the late 11th century in Baghdad, the Seljuks established the largest university of the middle Ages, Nizamiyyah School, which provided education for free. During Aurangzeb`s rule, there were 400 educational institutions in Thatha, a town in Sind. Even during the period of decline of Muslim rule, there were 80, 000 educational institutions in Bengal; there was a school for every forty persons. These establishments provided several areas of study along with religious education, including linguistics, medicine, agriculture, geometry, physics, history, sociology, commerce and other topics. Hence, the Muslims did not only progress in natural sciences but also in social sciences. Ibn Khaldun is best known for his book Muqaddimah (Prolegomena). He is universally recognised as one of the founding fathers of modern sociology, historiography, demography, and economics. There were many other Muslim jurists and academics who studied and mastered history and sociology, for example, Ibn Fadlan wrote in 1922 the earliest existing record of the Vikings and al-Biruni wrote volumes on Indian history and society. In the 14th century, Ibn Battuta, a Moroccan scholar of Islamic law, travelled over 170,000 kilometres visiting the equivalent of 44 modern countries. His journeys started when he was about 20 years old and included India, West Africa, China and Southeast Asia. His travels have been documented in his book Rihla.

There were many institutions of hospitals developed by the Muslims in the 8th century. Many of these large hospitals had medical schools attached to them and their own gardens where medicinal plants were cultivated. In 872, a hospital was established in Fustat by the ruler of Egypt, Ahmad b. Tulun, costing 60,000 gold dinars. It included a ward for mental-illness patients and even provided free healthcare to all the public. The criteria for the practice of medicine included to be educated in new and old medical literature and to have had already worked in hospitals as a house surgeon previously [al-Razi]. In the 10th century, a licensing exam was instituted in Baghdad that all doctors had to take before practicing as physicians. Similarly, there were numerous traveling hospitals in the Muslim world.

Lastly but most importantly we should always supplicate with the words of the Quran, “O Lord, increase me in knowledge” and the words of the Prophet (peace be upon him) “O Lord indeed I ask You for beneficial knowledge, and a pure provision, and actions which are accepted.’ May the education we acquire be a means of closeness to Allah and of serving humanity. Ameen 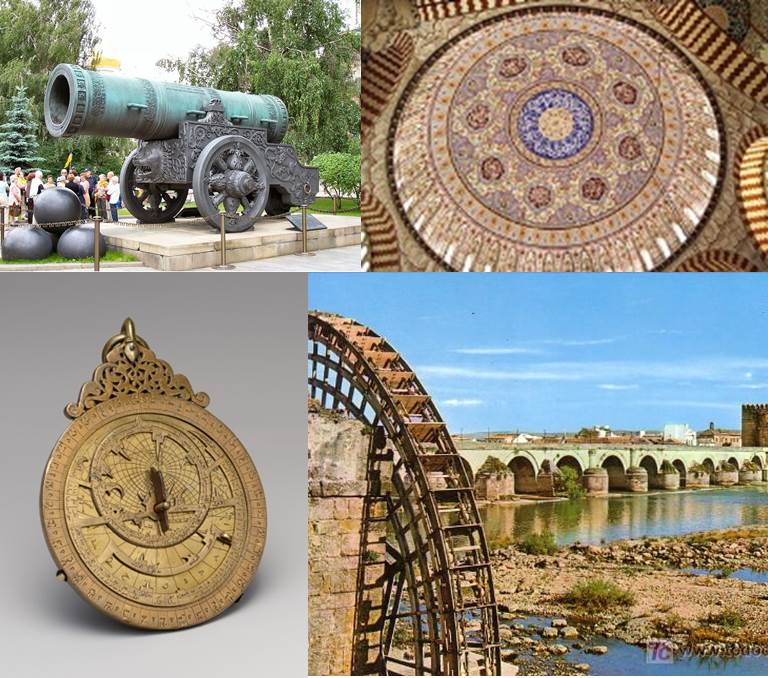