The social media had recently become a hotbed for politicising the #Hajjstampede. We were bombarded with a plethora of posts, forwards, articles and videos spreading all sorts of opinions and so-called facts about the phenomenon. This led me to talk about using social media responsibly. The role of social media cannot be underestimated; it can be used well or abused. If the social media is used for acceptable and right purpose and intention, the right method is adopted and the person is certain he will not become involved by it in anything immoral, it will be permissible and praiseworthy for a person to use it. Social media can be an invaluable and effective tool in keeping contact with friends and family, sharing innovative and productive ideas and practices and learning and propagating Islam. However, the moral and ethical standard set out by our faith must be maintained even on social media. If you are unsure you will not become neglectful in your religious and social duties by using it, then stay away. 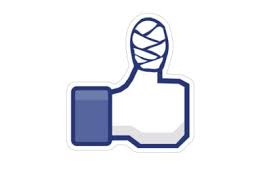 Do not speak without knowledge.

The Glorious Qur`an states, “And do not pursue that of which you do not possess any knowledge; for [every act of] hearing, and [of] seeing and [of feeling in] the heart will be questioned about [on the Day of Judgement].” We must be cautious from posting, forwarding or retweeting any [mis]information that comes before us as The Qur`an states, “O you who believe, if a sinner comes to you with any news, verify the authenticity of it …”.

Do not comment without thinking what you are posting, where you are posting and why you are posting. What you comment is a permanent record that will either give witness for or against you on the Day of Judgement. The Qur`an states, “And whoever does an atoms weight of good shall see it, and whoever does an atoms weight of bad shall see it” and that, “Not a word does he utter but there is a watchful sentinel by him.” Would you want your posts, comments, likes and pictures to be viewed by your family, potential husband, or employer, or people even after your death? It may be a single clip, comment or picture but you have no control over it once posted. It can go viral within a short space of time.

Don’t feel you must voice your opinion in everything

The Prophet (peace be upon him) said, “From the perfection of a man`s Islam is that he leaves that which does not concern him.” It is ironic that many of us become so engrossed on social media that we neglect in our responsibility to our employment, religion and families. We can engage in endless conversation on the social media over who is responsible for the stampede at Hajj but cannot wake up in the early hours of the morning to supplicate for humanity and perform our obligatory prayer in congregation. We need not to comment and forward every message. The Qur`an states, “[the true believers are those who] if they pass by pointless and worthless talk, they pass by with dignity (avoiding from delving into it)”. We sometimes lose touch with the reality of what we ourselves are in judging and discerning others.

Don’t waste too much time

Weigh up your priorities. We must spend time with our children and parents and treat them well. Because I’m sorry to say but a day will come when we look up from our phones, they won`t be there anymore.

Do not disclose your own faults.

Do not openly post or comment about any sin. To backbite, slander, lie and profess any sin on social media is confirming to everyone openly and shamelessly that you are an open sinner. Modesty and iman (faith) are in the same horn; when shame is taken away, the other follows [Ibn Abbas].

Do not disclose the faults of others. Resist scandal and cover up their faults.

Do not be like flies that avoid the good and pure places and landing on bad and wounds. Be the bee that gives honey to all. The prophet (peace be upon him) said, “Whoever hides [the sins of] a Muslim, Allah will cover [his sins] on the day of judgement.” On the other hand, the Qur`an states, “Those who love that scandal is published (and) broadcast among the Believers will have a grievous penalty in this life and in the Hereafter: Allah knows and you do not know”. When you feel the need to mention your companion`s faults, remember your own [Ibn Abbas]. Keep yourself busing in remembering your faults, so that you have no time left to remember the faults of others [Sufyan al-Thawri]. Do not forward any pictures or videos showing people involved in sin or in a distressed state.

Do not backbite or slander anyone

The Qur`an states: “O you who believe! Avoid suspicion as much [as possible]. Verily, suspicion in some cases is a sin. And do not spy on each other and do not backbite each other. Would any of you like to eat the flesh of his dead brother? [No,] you would abhor it so fear Allah. For Allah is Most Forgiving, Most Merciful”. We all by nature like occasional light-hearted humour, but we shouldn’t post obscene jokes or hurtful messages.

We should stay away from judging others or making unthoughtful conclusions in matters that do not concern us. Think good of others; the believer seeks excuses for his brothers, and the hypocrite seeks the mistakes for his brothers. The Qur`an states, “why did not the believing men and women, when you heard it (slander), think good of their own people (put the best construction on it in their own minds) and say, “this report is clearly false”. Why debate an issue which does not perhaps concern us and most of the time reach any conclusion?

We should be mindful of what we comment, like, tweet, retweet and even favourite on the internet. It must not entail any vulgar, lewdness, slandering and misinformation about an event or any individual. We may hide behind online anonymity but Allah is well-aware. The Qur`an states: “And We have tied every person`s destiny to his neck; and on the Day of Judgement We shall bring forth for him a record which he will find wide open [and he will be commanded]: `Read your record,! Your own self is sufficient today to make out your account! `”