Every Life Matters- Being Healthy

Islam lays great emphasis on maintaining spiritual, emotional and physical wellbeing. Prophet Muhammad (peace and salutations be upon him) said, “There are two blessings [the benefits of] which most people are deceived about [and wasted]: good health and free time.” Similarly, Prophet (PBUH) once ascended the pulpit, then wept and announced, “Ask Allah for forgiveness and [good] health, for after being granted certainty, one is given nothing better than [good] health.” To be physically and mentally healthy is a great blessing from The Lord which we should be grateful for and thus try to maintain. The Prophet (PBUH) also stated, “Whoever among you wakes up secure amongst his people and property, [physically] healthy in his body, and has food for his day, it is as if the whole world had been brought for him.”

Our bodies entrusted to us are amanah (trusts) from Allah and thus we must take care of them by eating healthy, staying clean and exercising [physically]. Every life matters. Prophet (PBUH) said, “Take advantage of five [matters] before five [other matters]: your youth before your old age; your good health, before your illness; your wealth, before your poverty; your free time before your preoccupation, and your life, before your death.”

A Muslim should take good care of the body Allah has entrusted to him, actively promoting its good health and strength.

The Glorious Qur`an [7: 31] states, “And eat and drink, but waste not in extravagance, certainly He (Allah) likes not those who waste in extravagance.” Prophet Muhammad (PBUH) said, “There is no worse vessel for the children of Adam to fill than his own stomach, but if he must fill it, then let him allow one third for food, one third for drink, and one third for air”. Hence, the Qur`an and the Prophet advised moderation in food and drink and, thereby, controlling appetites and maintaining a healthy balance.

The Prophet (PBUH) said, “The strong believer is better and more beloved to God than the weak believer, while there is good in both.” Hence, a Muslim should try to strengthen his body through a healthy lifestyle. The Prophet`s wife, `Aisha (RA), narrates, “I raced with the Prophet and I beat him. Later when I had put on some weight, we raced again and he won. Then he said, ‘this cancels that [previous] race.’”

The Prophet endorsed sporting activities (such as, horse riding, racing, archery and swimming) that revitalise the mind and body and promote mental and physical wellbeing. Thus any such activity is permissible as long as it does not distract and hinder one from religious and social obligations, lead to or contain any sin, lead to extravagance, or cause deliberate harm.

Islam encourages us to maintain personal hygiene at all time. This is demonstrated by the observance of cleansing rituals (ablution) throughout the day in time of the five daily prayers. The Prophet (PBUH) placed great emphasis on bathing regularly, maintaining oral hygiene, clipping the nails, removing the pubic hair and the hair from the armpits, trimming the moustache, wearing perfume, donning good clothes, tidying the hair and beard, applying oil to the body and hair, and maintaining high standards of personal hygiene in general. `Aisha (RA) narrated that the first thing the Prophet used when he would enter the home was siwak (miswak – a natural toothbrush) and that he never woke from sleeping at any time of day or night without cleaning his teeth with a siwak before performing ablution. The Prophet also said, “Whoever has hair, let him look after it properly”. Anas (RA) said, “I have never smelt any ambergris or musk that had a better scent than the scent of the Messenger of Allah (PBUH)”. The Prophet never passed through a place but a person who followed him would know that he had been there, from his lingering scent. In summary, Muslims are encouraged to dress well and present a neat appearance. 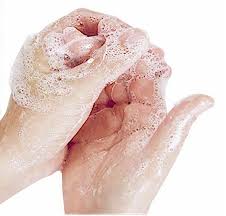 However, this should be without being extravagant, prideful or indulged in sin. The prophet (PBUH) said, “No one who has even atom`s weight of pride in his heart will enter Paradise.” A man asked him, “What if he likes his clothes and shoes to look good?” The Prophet said, “Allah is beautiful and loves beauty. Pride means denying the truth and looking down on other people.” To dress well and look good is a demonstration of the gifts of Almighty. The Prophet (PBUH) also said, “Allah loves to see the signs of His gifts on His servant”.

If a person maintains a healthy diet, cleanliness and physical fitness with the correct intention, then these actions will also become worship and a source of great reward.