As Muslims, we must demonstrate exemplary character and conduct with all of Allah`s creation regardless of their colour, background, race, ethnicity and belief. We must preserve the sanctity and dignity given by Allah to each living being.

If we want peace, we must be peaceful to others.

Prophet Muhammad (peace be upon him) explains that a Muslim is he who loves for others what he loves for himself and that he does not harm anyone whether by his hand or tongue.

If we want justice, we must be just to others.

The Glorious Qur`an instructs us to show “kindness” and “deal justly” with whom we enjoy peace because verily Allah love those who are fair.

This good conduct is exemplified in the lives of the companions of Prophet Muhammad (peace be upon him) too. It is recorded in Sahīh al-Bukhārī that a group of the companions of the Prophet (peace be upon him) were surrounded and most of them were killed. One of them, Khubayb ibn ‘Adiyy (may Allah be pleased with him), was taken captive, and it was decided he would be executed. In his captor’s house, the day before his execution, he was given a blade to remove unwanted hair. A child of the house came to him and Khubayb sat the child on his lap (out of compassion). When its mother saw this, she feared for the boy. Khubayb could have threatened the child’s life as a ploy to escape. Yet, he said: “Do you fear that I will kill him? I am not one to do this!” The woman relates that she never saw a captive better than Khubayb. 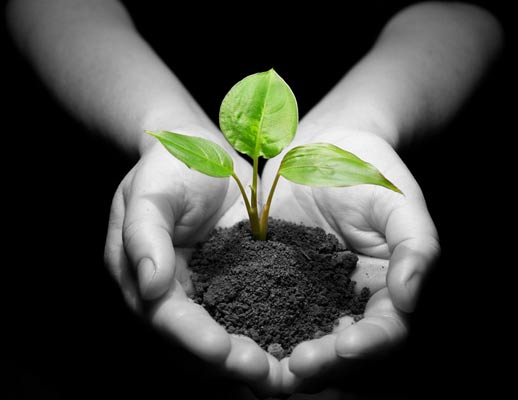 If we want mercy, we must be merciful to others.

Prophet Muhammad (peace be upon him) explains that Most Merciful Allah will show mercy on those who are merciful; thus show mercy to the rest of the creation on earth and the Creator in the heavens will envelope you in his mercy.

If we want the The Creator, we must serve His creation.

Prophet Muhammad (peace be upon him) asserted, “The creation are dependents of Allah. The most beloved amongst the creation to Allah is he who is the best to His dependents.”

Islam not only affords rights to human beings but also animals. Accordingly, while a man was travelling, he felt thirsty. He descended a well and drank water from it. As he climbed up the well, he saw a dog panting and eating mud due to excessive thirst. This man thought to himself, “This dog is suffering from the same thirst I had experienced”. He thus descended the well once again, filled his shoe with water, caught hold of the show with his teeth, came out and watered the dog. Prophet Muhammad explains, “Allah valued his action [of kindness] and forgave him”. The companions asked, “Is there a reward for us even in serving animals?” He (peace be upon him) replied, “yes, there is a reward for serving every animate”.

The companion of the Prophet (peace be upon him), ‘Abdullāh ibn ‘Amr ibn al-‘Ās (may Allah be pleased with him), refused to partake of meat served by his family until some of it was shared with his Jewish neighbour. He explained that this was because he heard the Prophet (peace be upon him) say: “Gabriel kept advising me regarding the neighbour until I thought he will make him an heir.”

I hope and pray to Allah that He helps us to live like exemplary citizens, He protects us from harming anyone and He makes us true ambassadors of Islam and Muslims. Ameen.